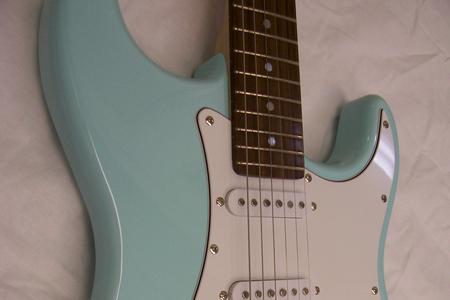 Bobby Cadmus comes to JRC Music Instruction with a diverse background in music. He studied guitar at the University of the Arts in Philadelphia where he received a Bachelor of Music degree. He began teaching in 1983, first out of his home and then in local music stores. In December of 1992, he founded JRC Music Instruction where he continues to teach guitar and electric bass.

​Bobby enjoys teaching all styles of music and working with students of all ages. He has been writing music since high school and has performed original songs with many bands, particurlary with the Bobby Cadmus Band. Guitar Player Magazine has featured Bobby twice and has given "The Bobby Cadmus Band" rave reviews on the performance of his original composition "Simon Says". Bobby has the ability play and write for a variety of instruments, and has released several albums under his own name.

Check out music and videos of Bobby here